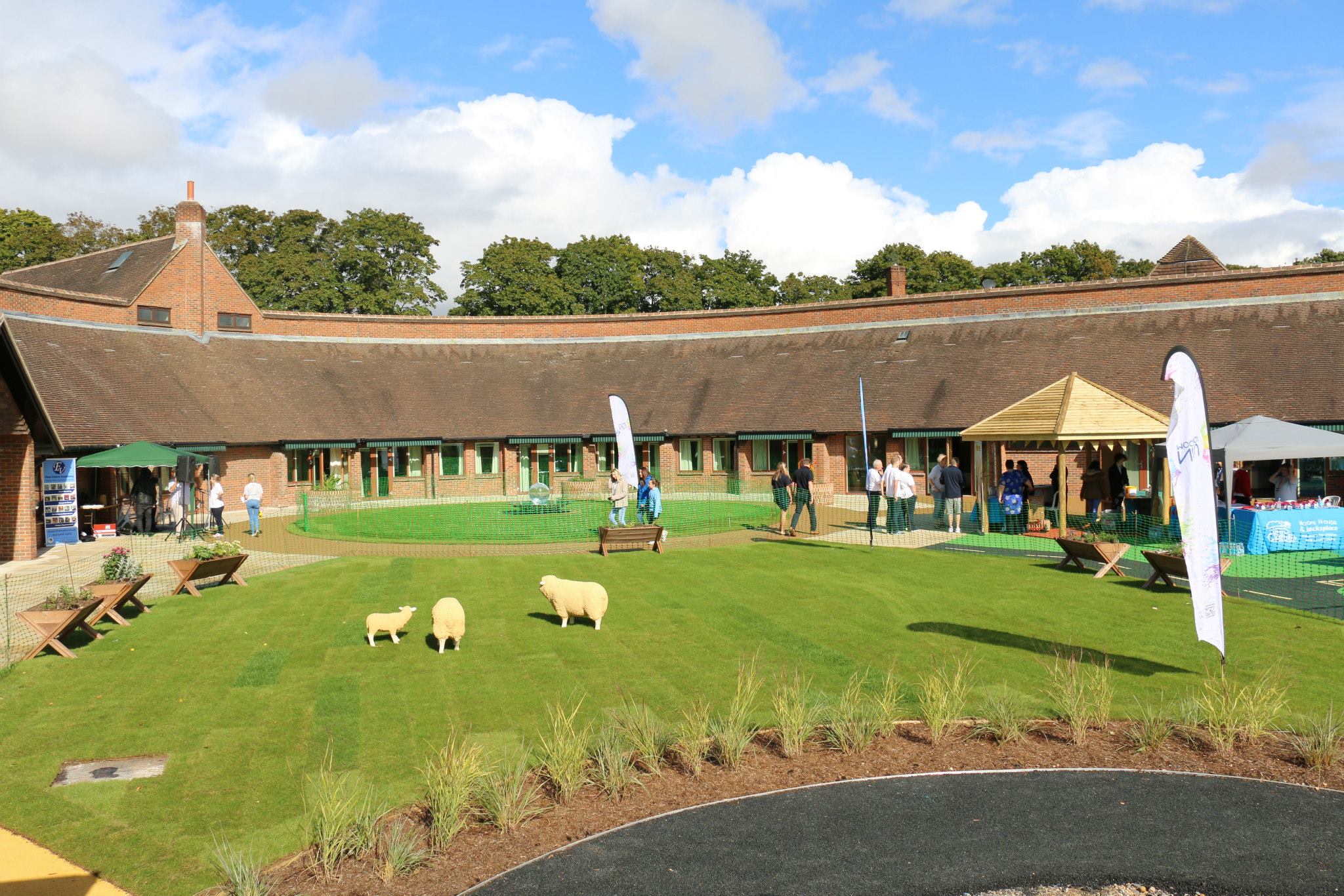 Faith is a Trustee of Naomi House, the children’s respite centre and hospice in Hampshire.  When it became clear that the existing gardens would be ruined when the extensive building and refurbishment works on Naomi House itself were conducted, Faith was delighted to offer her services to redesign the Children’s Garden.

In addition, the team at Naomi House were keen to create two new garden spaces for the centre – the private Ladybird Garden next to the end of life suite and the semi-private Butterfly Garden for bereaved families.  The design work started in late 2014 with extensive consultations with both the Care and Play teams at Naomi House as well as family representatives to establish finalised designs. The work constructing the gardens began in Summer-Autumn of 2015, once building work on the newly refurbished Naomi House was largely completed.

The Children’s Garden itself was largely focused on a sense of space and flow, allowing the children and their siblings and families to interact with the garden in variety of different ways. This incorporated an inclusive play roundabout and swing, as well as a bespoke dual entrance galleon play ship. Different hard landscape surfaces were used to promote the journey around the garden with a central water feature, as well as interactive water and sand play features and a music wall. There was also a pergola to provide shade and or shelter so the garden could be used in all weathers. In this Children’s Garden there were sensory planters to allow children to explore taste, smell, touch and sight experiences with plants.

The Ladybird Garden is a tranquil private space for when the children and their families are at Naomi House for end of life care. It is designed with planting in tranquil colours green, blue an white with a beautiful David Harber waterfall. It was specifically designed and built so that the child’s bed could be brought out into the garden allowing them access to nature and green space even at the end of their journey.

The Butterfly Garden is a semi private space for use by bereaved families.  It sits within the Children’s Garden allowing users to still be part of the Naomi House community but with as much privacy as they need.  The planting here is more traditional country garden shrubs and flowers with lavender and rosemary being a recurring feature through all the gardens.

About My Country Garden

I set up My Country Garden Design Solutions to help people create a garden that brings them as much joy as mine does to me.

I offer a variety of services from a review of your existing garden and how it could be easily enhanced and improved, through to a full redesign of your garden.

We have won Client Service awards from design website Houzz for three years running, attesting to our focus on putting our clients first!

I am usually getting reading to teach my How to Garden workshops in my garden studio at this time of […]
Read more
© 2021 My Country Garden. All Rights Reserved.